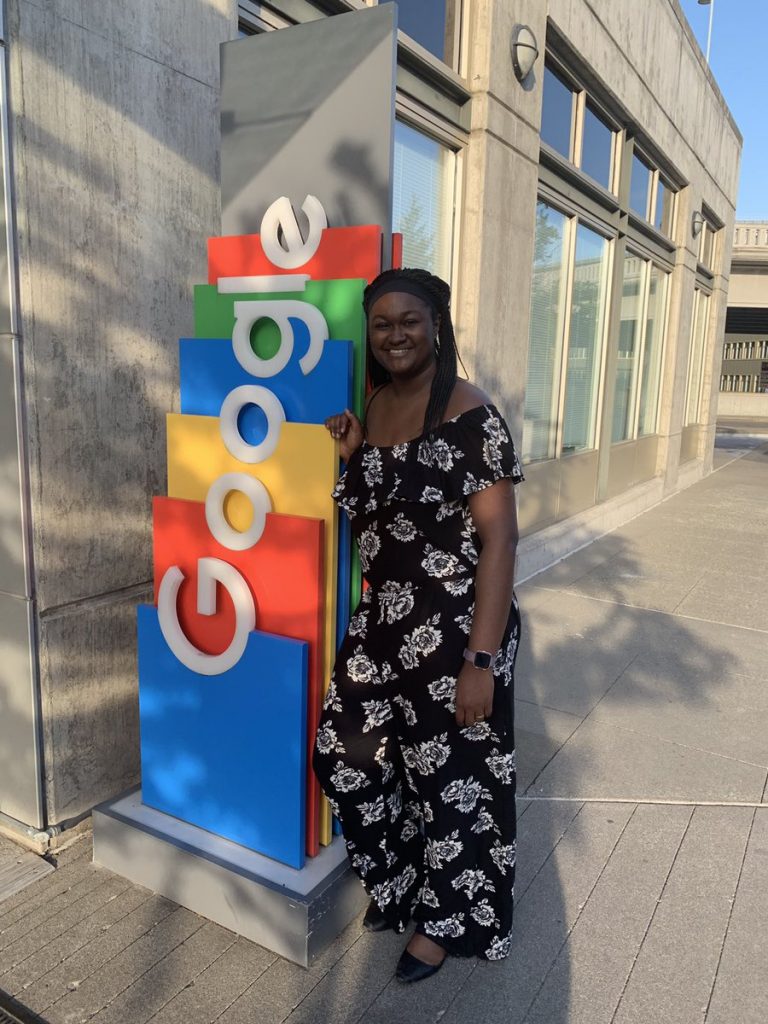 Damonique Blake is a #MomWhoCodes, who graduated from The Ohio State University in 2017 and has been a full time Software Engineer at Google ever since. The Swift Girl had an interesting session with her regarding her iOS journey.

Q: Hey Damonique, Can you tell us a little about your Swift Journey?

Ans: I first discovered the world of iOS App development when I started my freshman year of college, majoring in Computer Science and Engineering and got my first iPhone. At that time, apps were written in Objective-C. I tried to write apps but Objective-C isn’t the most fun language so I gave up iOS development. Then in 2014, Swift was announced and I got back into development, only creating small test apps that only ever saw my github and my phone. As college went on and even after graduation, I only coded in Swift occasionally when I developed for a few small startups. But in 2018 I decided that iOS dev is what I really want to do so I’ve started to build up my portfolio. The app I’m working on nowadays is a movie and TV show tracker app because I’m a total TV junkie.

Q: What’s your biggest dream in the domain of iOS?

Ans: I don’t know about biggest dream yet but my main goals right now are to get a remote iOS developer job and attend a WWDC!

Q: Other than iOS, What do you like to do in your free time?

Ans: My free time mostly consists of being a wife and mom, and binge watching Netflix, mostly Grey’s Anatomy over and over.

The Swift Girl wishes her all the best for her future goals and aspirations. Do follow the amazing developer @OhSoNikki.

Stay tuned for hearing more about such remarkable #SwiftGirls.